This morning, around 6am I woke up and heard small sound from outside of the window...

The above is my post here on 26th Aug 2015. This happened again. I looked out of the window,

Yes, again, I saw the homeless mother cat and her kittens, took a photo of them from behind of the window screen. There were 3 kittens. 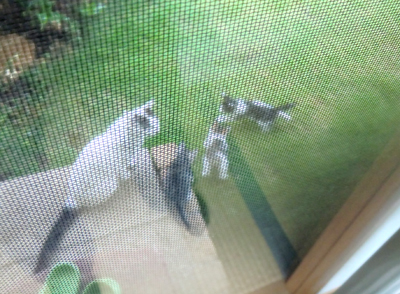 I went out and took another photos XD 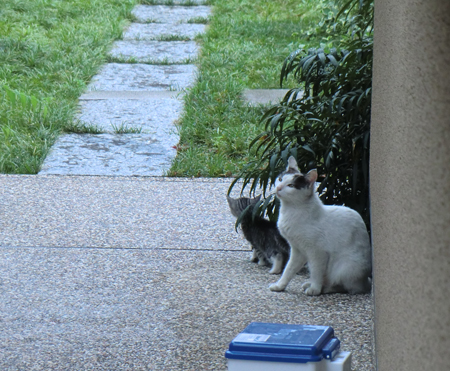 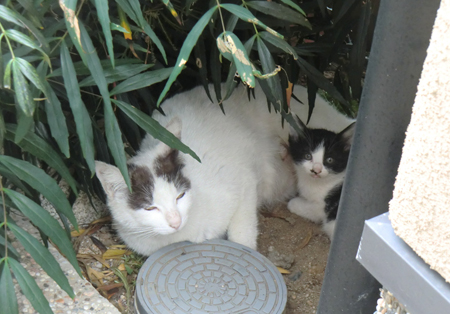 And you might find that this mother cat is the same one I saw last year!! She comes here quite frequently, I've seen her since when she was young and playing with her brothers or sisters. And she seems to think here , my garden is a kind of nursery though we've never feed them XD
Collapse