Some of my foreign friends might have heard about the slapstic about the scrapping Tokyo Olympic logo by the organizers. Not a little Japanese ordinary people are much disgusting and ashamed about the whole story about that stupid logo, many people now insist on we should rather reuse the logo for 1964 Tokyo olympic again than wasting much money and time. I agree with them, truly. 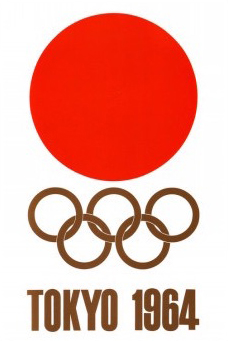 First of all, should we have Olympic Games every 4 years in such situation of the world? Why should we use much money and manpower for it when many people are suffering and killed every day in various places in the world? Olympic is good, it's a great spectacle everyone can enjoy, and the atheletes are just wonderful. Still, it's just sport, I can't think it's more important than the lives of ordinary people. And international sports match easily can be a para-warfare, stimulates the antipathy to other countries sometimes.

I can't say "most" of Japanese have agreed on having Olympic Games in Tokyo in 2020 from the first, and now with such stupid troubles many people are just sick of this damned Olympic thing, I believe.

Olympic is great, of course, but just when we can share enough enthusiasm for the Games and some peace between most of the countries in the world. Now the world situation is far from "peace", how can we enjoy watching the luxurious sport spectacle when women and children drowned on European beach? Shouldn't we use our energy to help each other, try to solve the serious problems instead of letting those arrogant and corrupt Olympic organizers waste the precious resources?
Collapse